I'm back! I guess it's true - you can never truly leave the NSX ownership experience! I owned a 1996 Berlina Black NSX-T about 7 years ago, but I'm now the owner of a 1993 coupe, also in black. It's been a long journey since my first NSX as I've gone through many newer cars since then, including a 997 GT3, R35 GTR, and the new M3/M4 (yes, both lol). Due to owning mostly newer cars, there's one thing that sorely needed updating in the NSX - the stereo system. I'm a tech person, so the NSX's stock system being so old just won't satisfy me considering it is my daily driver. As a result, my first mod was a double DIN headunit. However, a lack of options for a center console became apparent after I installed the headunit (leaving a giant hole where the center console should be). I wanted a decent quality carbon fiber center console that didn't completely demolish the bank.

Thus began my emailing spree to find out if anyone was making such a piece. I didn't get an answer from most shops, but after talking to Ramon over at Niguel Motors, he told me to email Tim at Pole2FlagRacing. Considering they make some awesome dry carbon crash beams and bumpers that I was already looking into for reducing my car's weight for the track, it was only fitting that they would make a center console at some point as well. Tim responded to my emails promptly and it turns out that they were indeed producing a center console. After quite a lot of back and forth (Tim was very easy to deal with and accommodating), he offered me a pre-production piece that utilized pre-preg/dry carbon fiber. As all pre-production units go, the aesthetics won't be there (lots of markings, unfinished, etc), but it is definitely lightweight and extremely strong (it makes the OEM console feel like a fragile toy). Although the final product won't be available for at least a couple of months from P2F, I wanted to post up some photos of my results after spending hours attempting to cut it and finish it a bit (I have no experience at all in working on any type of car panel, but now I can see why bodyshops charge so much).

Still a work in progress, so everything is put together loosely and taped, etc. 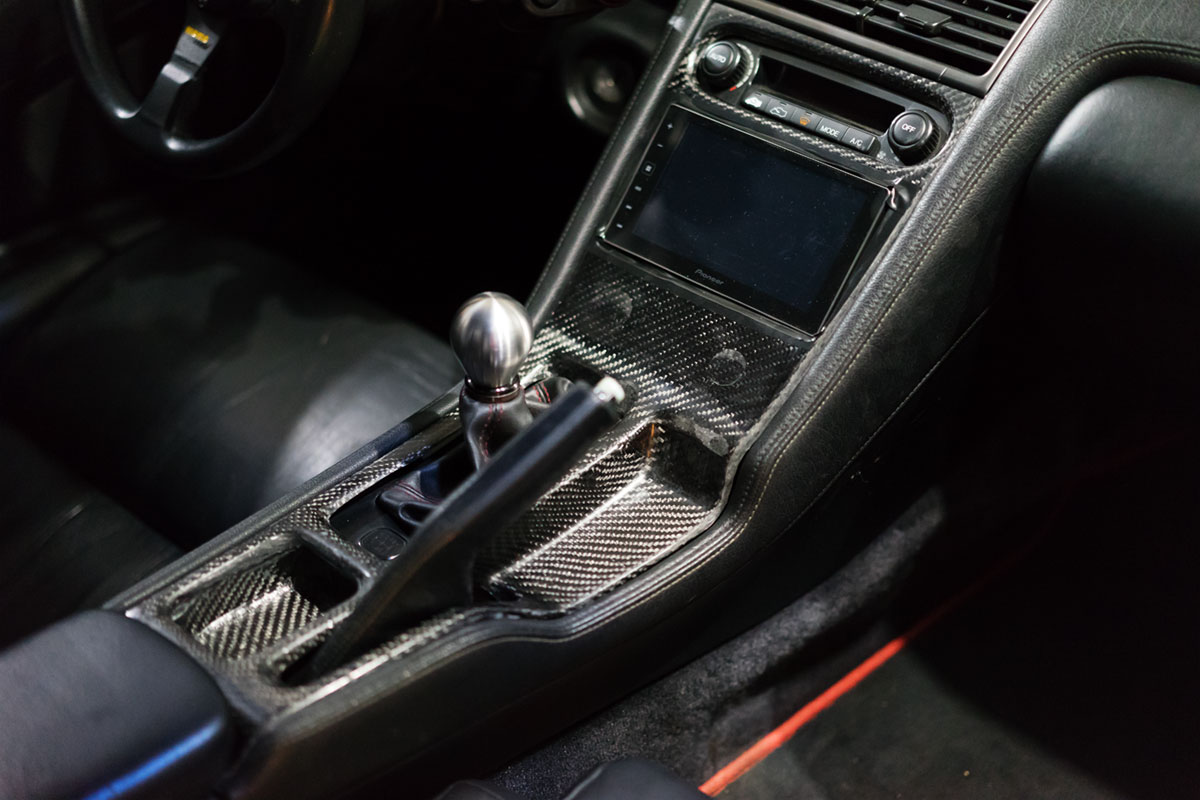 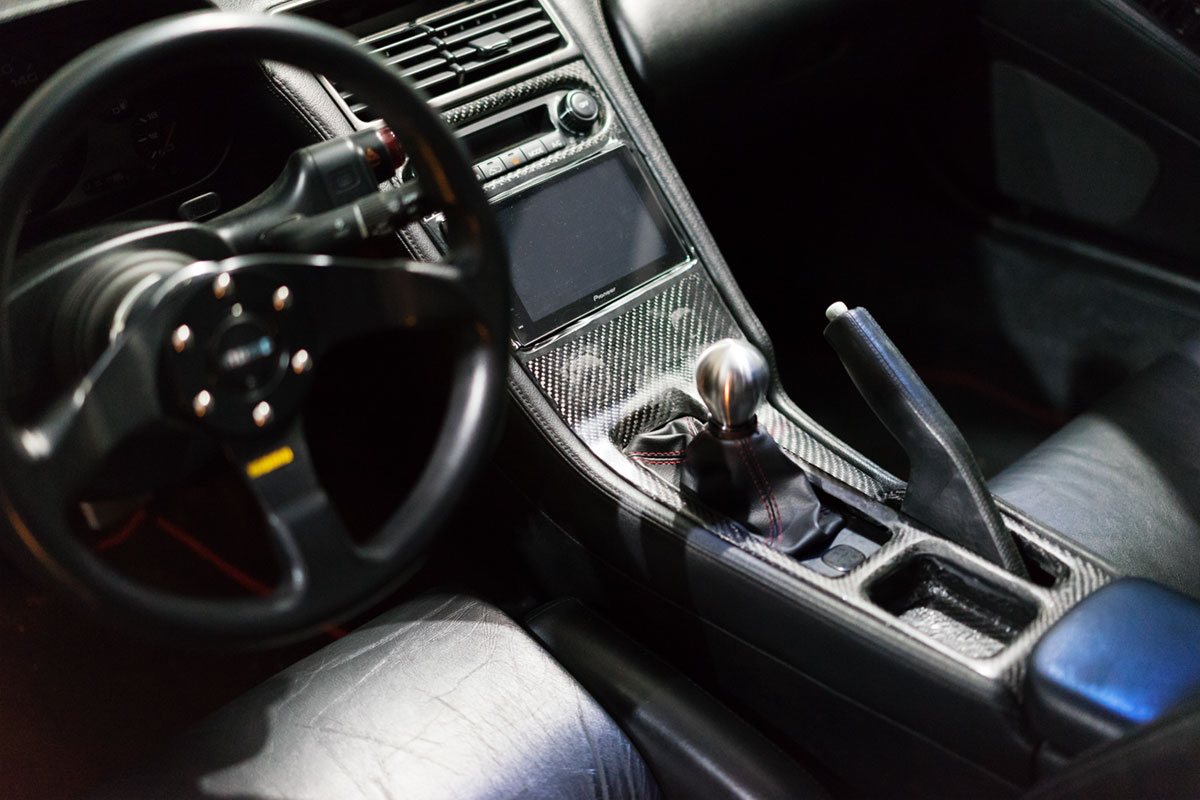 That looks great. Trimming consoles is a pita. Just take your time is all I can suggest. Hopefully they can get production sorted out since this seems to be the only full carbon console available right now with the rest being overlays/laminations.
www.NCAutoUSA.com

Thx Brings. For our production piece, it will be a 10/10. We were so stoked how the pre-preg turned out aesthetically and functionally for the bumpers and thought surely we can duplicate that for the console but its not the case. Now looking back, using pre-preg in this case is an overkill and post processing to make it bling is not viable. since this piece is a "in-your-face" kinda part, we will use a different process to achieve the stiffness, lightweight, and the necessary looks so folks can cut it out for single/double DIN, switches, knobs, buttons w/o worrying being not stiff enough. Give us some time to regroup and make it right......we'll be back!
NSX Prime Vendor Listing: Pole 2 Flag Racing
www.Pole2FlagRacing.com, 619-365-4870
Lighter, Stronger, Stiffer, Better NSX Parts

I'm glad to see it as this space needs good solution for central console.

Great looking peice. Cant wait to see the actual production version of a real full carbon interior pieces, hope there are some matching door switches and center vent.
Be a Hero to your family 1st. Then the world !

thx. IMO, this proto piece is about 6/10 at best:redface: in looks. Too bad what has been seen, can not be unseen:biggrin:. The only thing we have going is its pre-preg.
actual production will look mucho better and strong. we will make one version of this so you can cut and fit whatever you wish.
NSX Prime Vendor Listing: Pole 2 Flag Racing
www.Pole2FlagRacing.com, 619-365-4870
Lighter, Stronger, Stiffer, Better NSX Parts

1991 Formula Red, lighter and tighter-N/A all the way with a little extra help... insta; cg1_nz #nznsx

Tim, please make sure it's affordable

How much will this console run? I'm interested in buying one

You know the drill man. You post and we ask. How much? When?
'05 silverstone. CTSC. ARC Titanium. GT1-F1 headers. JRZ Race dampers, Carbon Ceramic BBK.

Looks like its coming along great! Im probably in the minority of not liking the look of carbon fiber though

looking for center console for double din use

Looking for some parts...