Just in time for Christmas a huge package from the Netherlands arrived at my door, containing a whole set of NSX electronics waiting for recap and potentially repair.
One of the first items on the list were the speaker amplifiers. 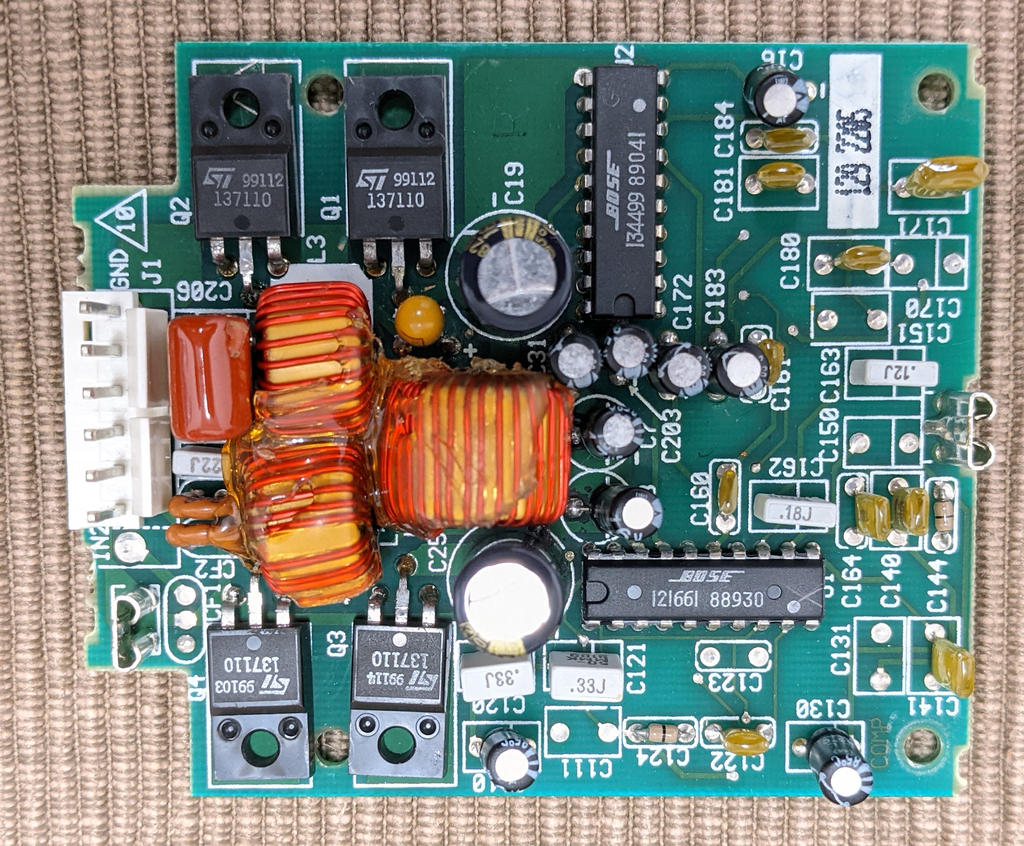 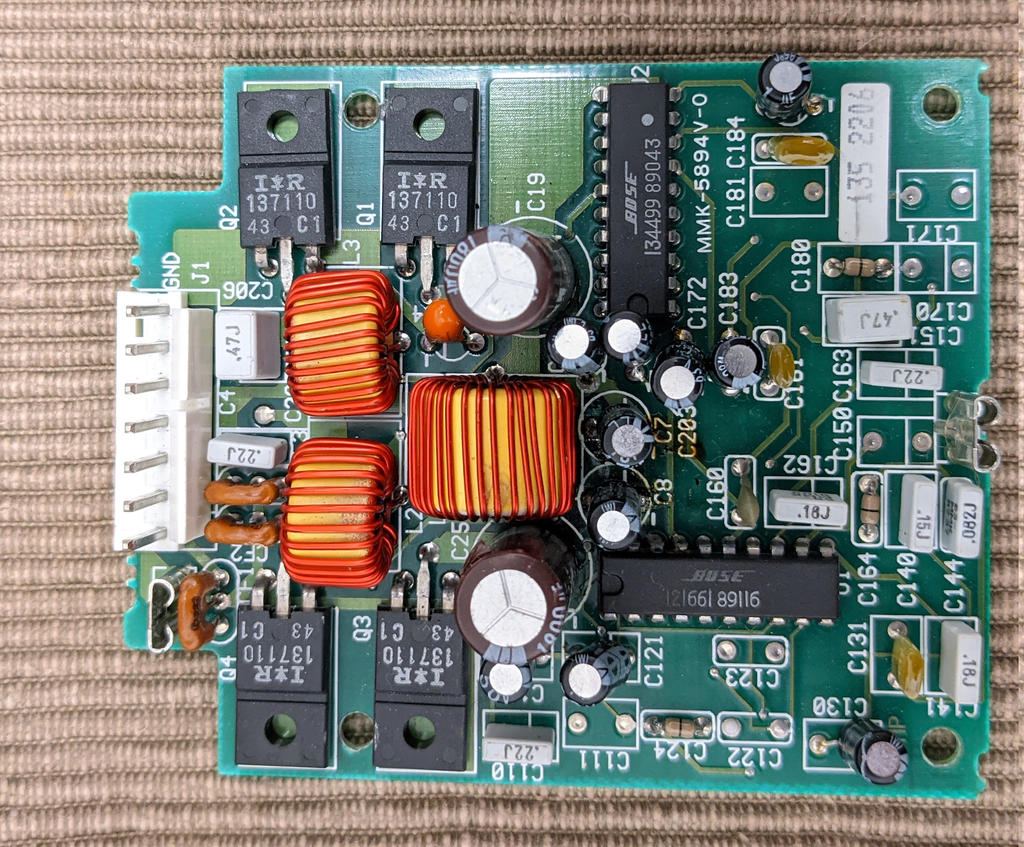 footwell amplifier
​
It's easy to see that all three had been worked on in the past but without much care: 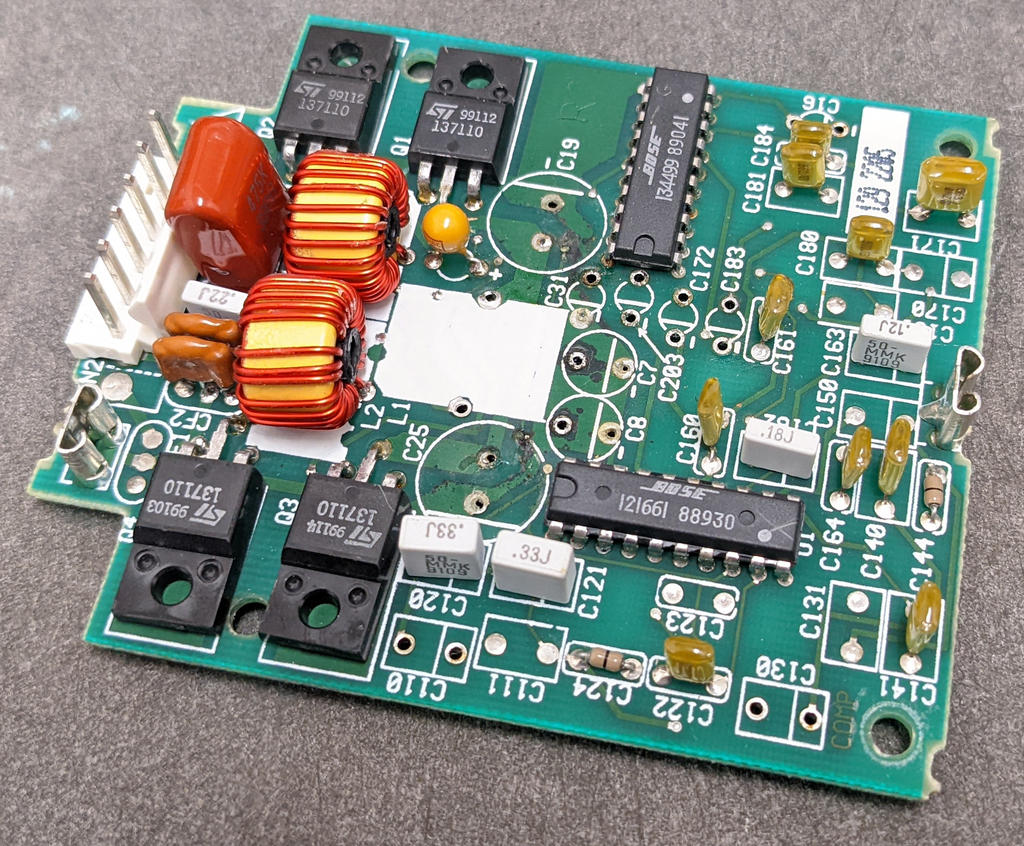 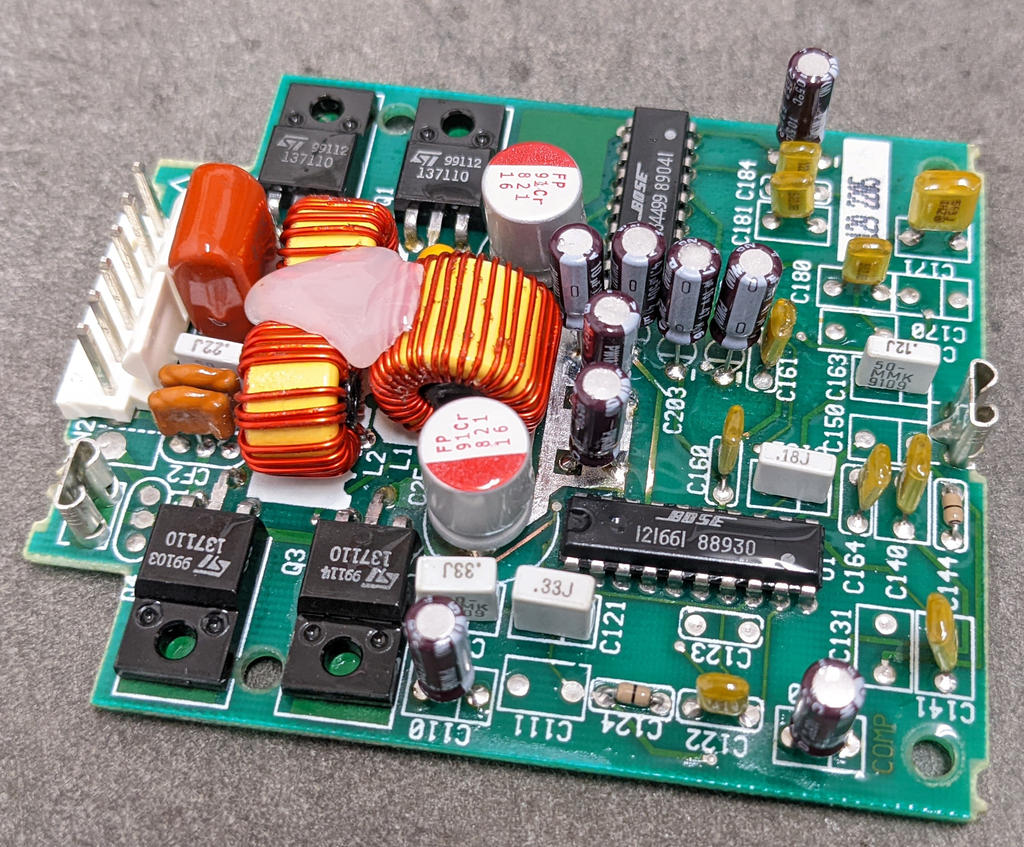 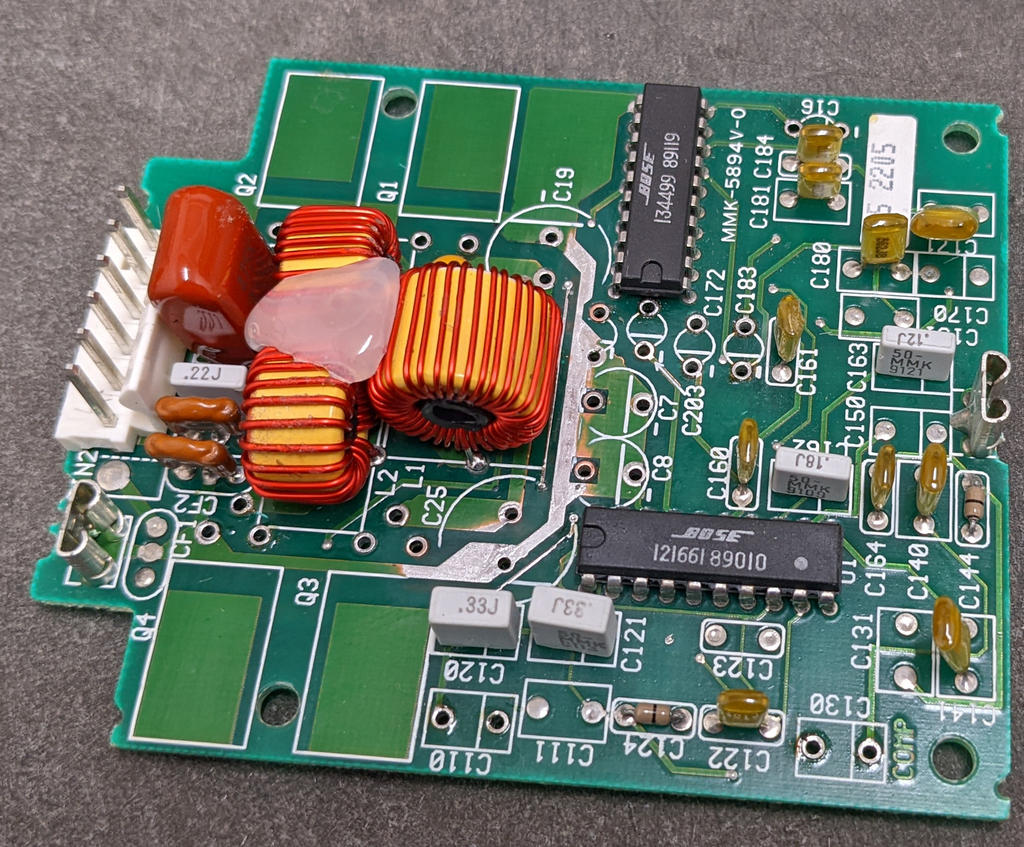 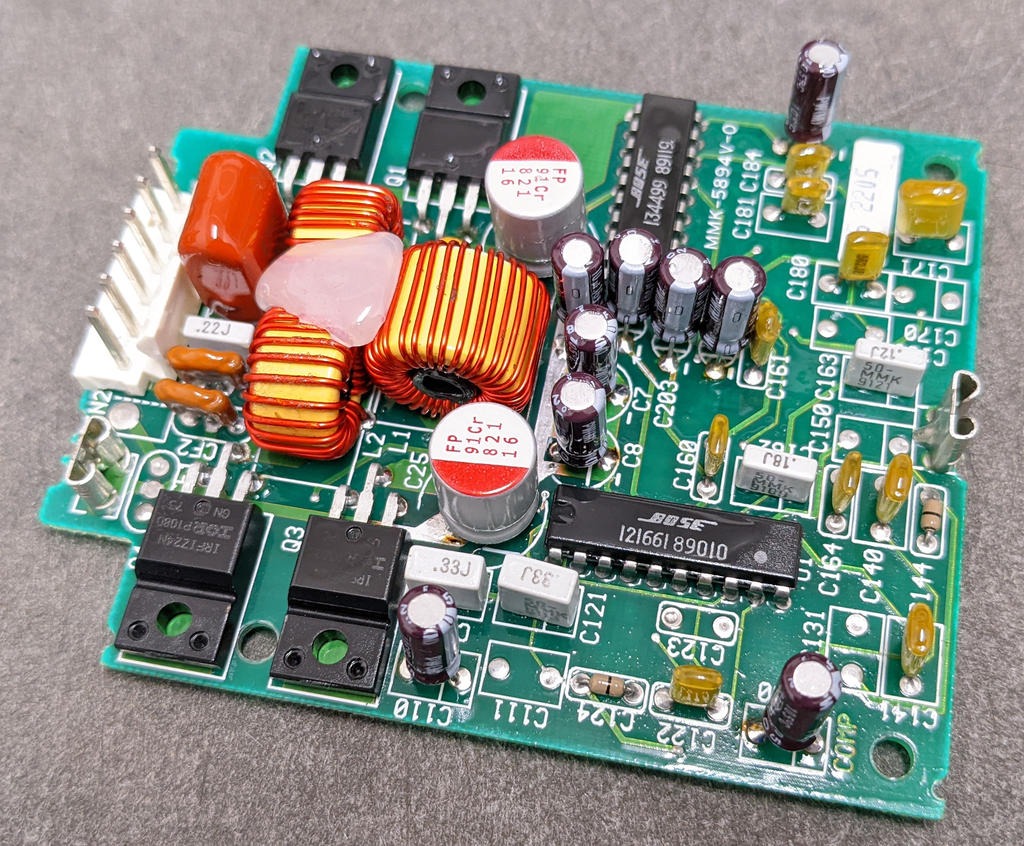 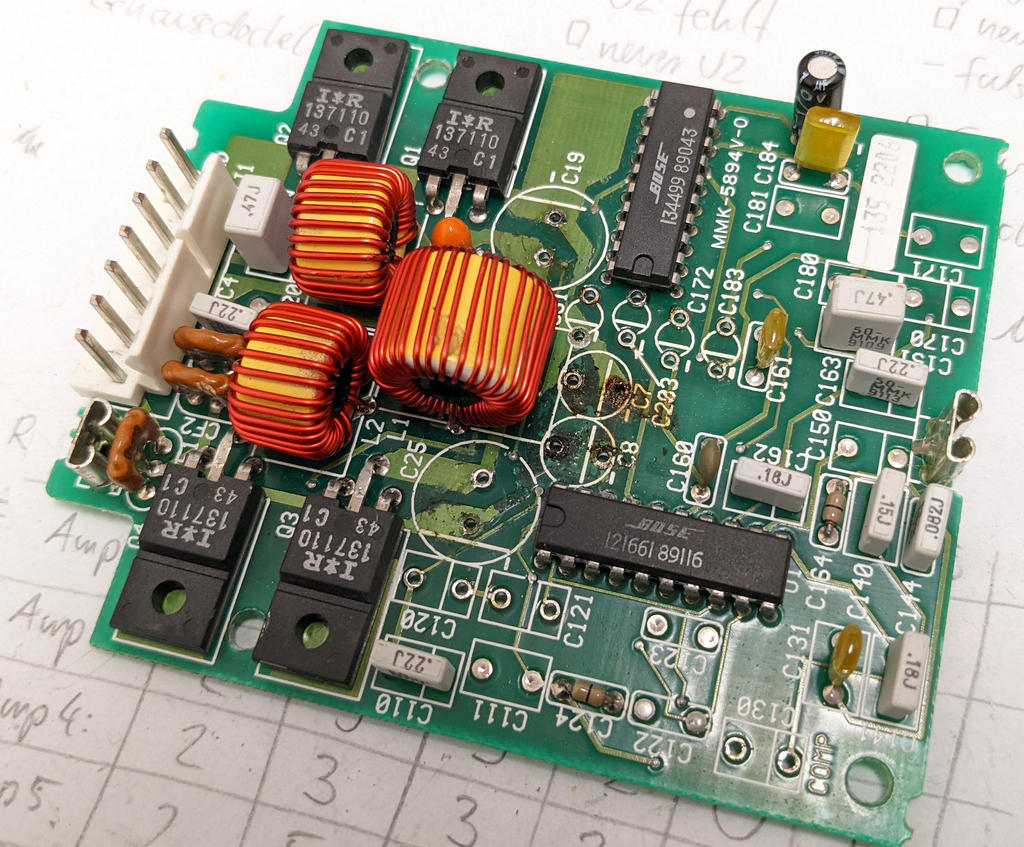 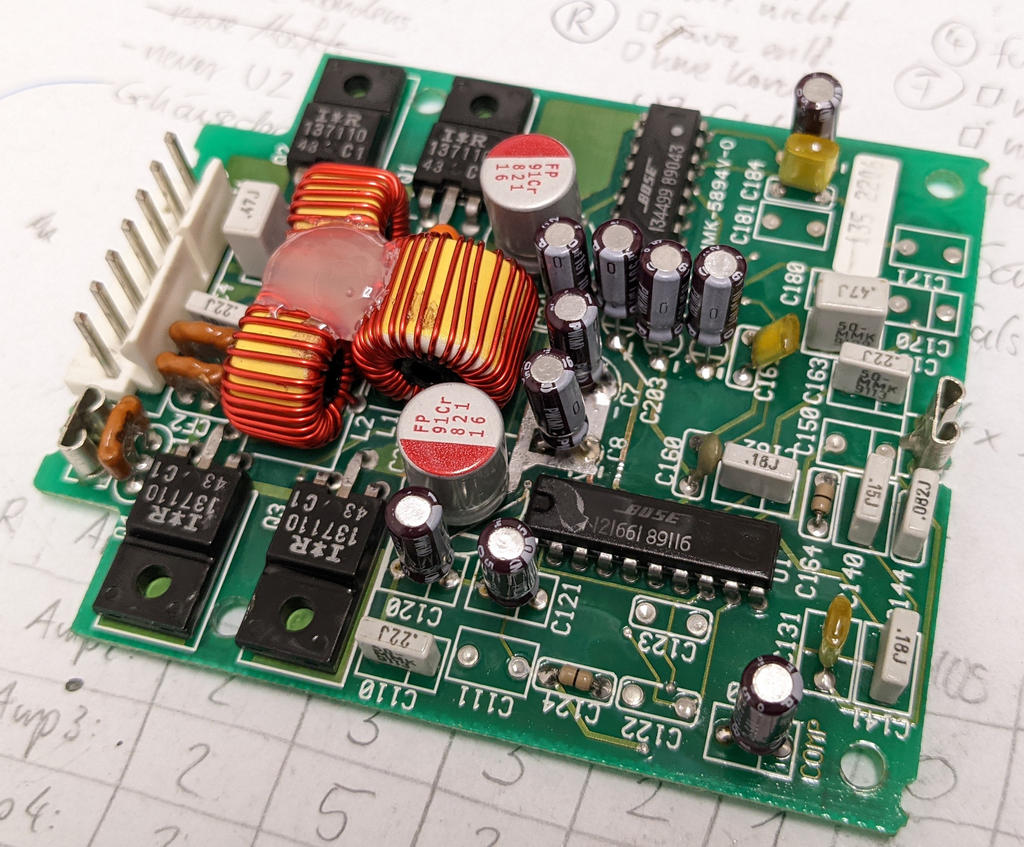 Together with the three working amplifiers came two half-complete footwell amps that served as a replacement parts supply at some time in the past.
Since it would be a shame to leave them in this poor state, they were completed and repaired.

One was missing the Bose U2 chip. It was replaced with a used part from Ali Express. The second one showed heavy distortions above a certain volume level. Reason was a broken connection from U2 to the bottom right transistor leading to a floating input. It took a while to find the root cause since such behaviour could have been a damaged U2 as well. 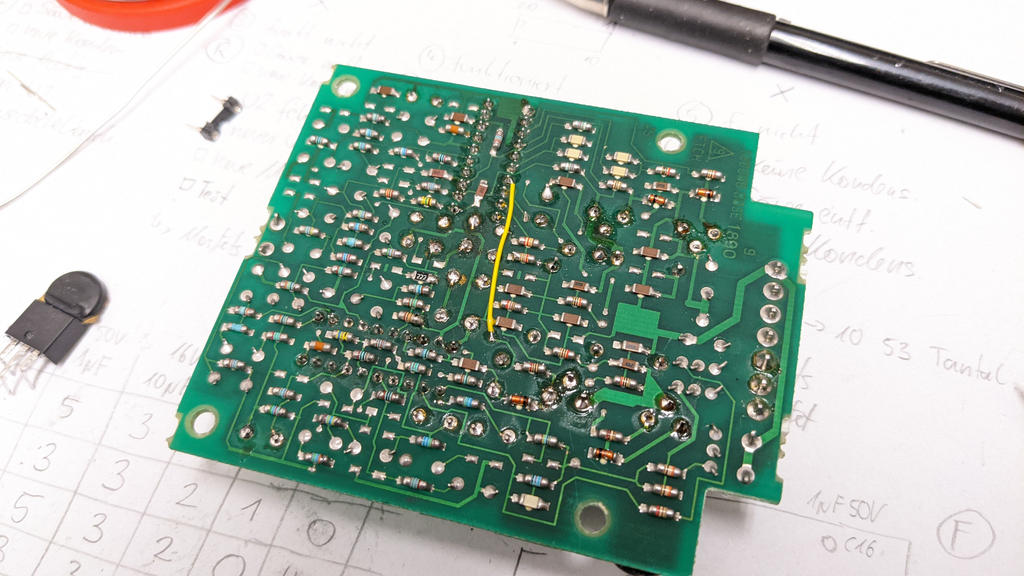 All transistors were replaced in the process and U1 as well as U2 were put on sockets to allow for quick and simple checks of suspicious parts in the future.
PCB cleaning was performed and new capacitors installed (one of the amplifiers was missing all it's caps, even one tantalum type, which is unusual).
Thanks to the owner who sold me these two surplus amps to be used as future comparison and test devices

PS: Information obtained from this work has been added to the corresponding blog pages on NSXCB.
1997 JDM Custom Order AT VIN 1400005 - Stock
Heineken's Garage on NSXCB