The FITV and why you should care: If you're having idle problems, read this.

I haven't seen this discussed anywhere except for rarely on a few Honda forums in regard to Civics and Integras, so I decided to make a post here in case anyone else encounters this issue.

91-94 NSXs have both a IACV (idle air control valve) and an FITV (fast idle thermo valve) that manage air flow at idle speed. The IACV is controlled directly by the ECU and is used for idle control most of the time while the FITV is a separate device that the ECU has no control over that is only used in very cold weather to bump the idle up even further, and it does this by using a wax pellet in coolant flow (similar to how a thermostat operates) to open the valve when coolant is very cold. I'm not sure what the exact temperature is where it starts to open but it's in the ballpark of freezing, I know most of you don't drive your cars except when its in the range of 60f-80f but for the three of you that do, maybe this can help.

What happens is that over the course of lots of years and temperature cycles and engine vibrations, one of the internal parts in this valve can start to work its way loose, and when it gets too loose the valve will stop closing and cause all sorts of erratic and annoying idle problems. In my case the car would start and idle fine, but if it was cold outside the idle would go crazy as soon as I started driving, sometimes 2500, sometimes 1500, sometimes oscillating from 1200-2500, it was quite strange. The service manual indicated that the IACV or FITV were the likely culprits so I removed both for investigation and found that the plastic part had started to back out. Fortunately, the fix is quite simple, just screw it back in and put it back together, and you don't even need to remove the FITV from the intake to do this.

It's quite easy to take apart, just remove those 2 phillips (for the pedantic folks out there, they are technically JIS ) 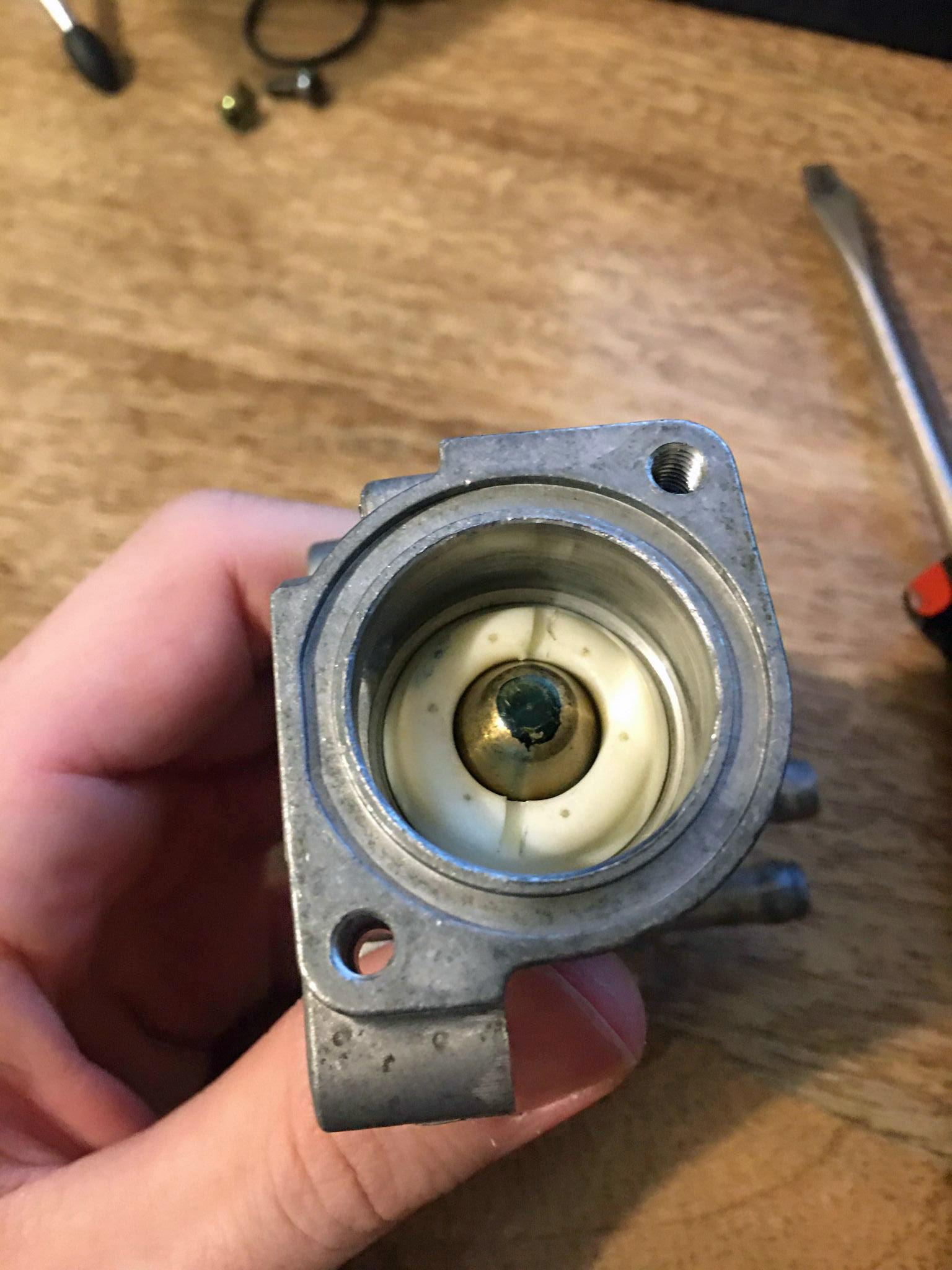 Then you'll see this white ring along with a metal (brass?) center part that acts like a big needle valve. The wax pellet pushes up on the needle, closing the valve when warm, and pulls it down when cold to allow air through. The plastic ring threads in and is the part that works its way loose. 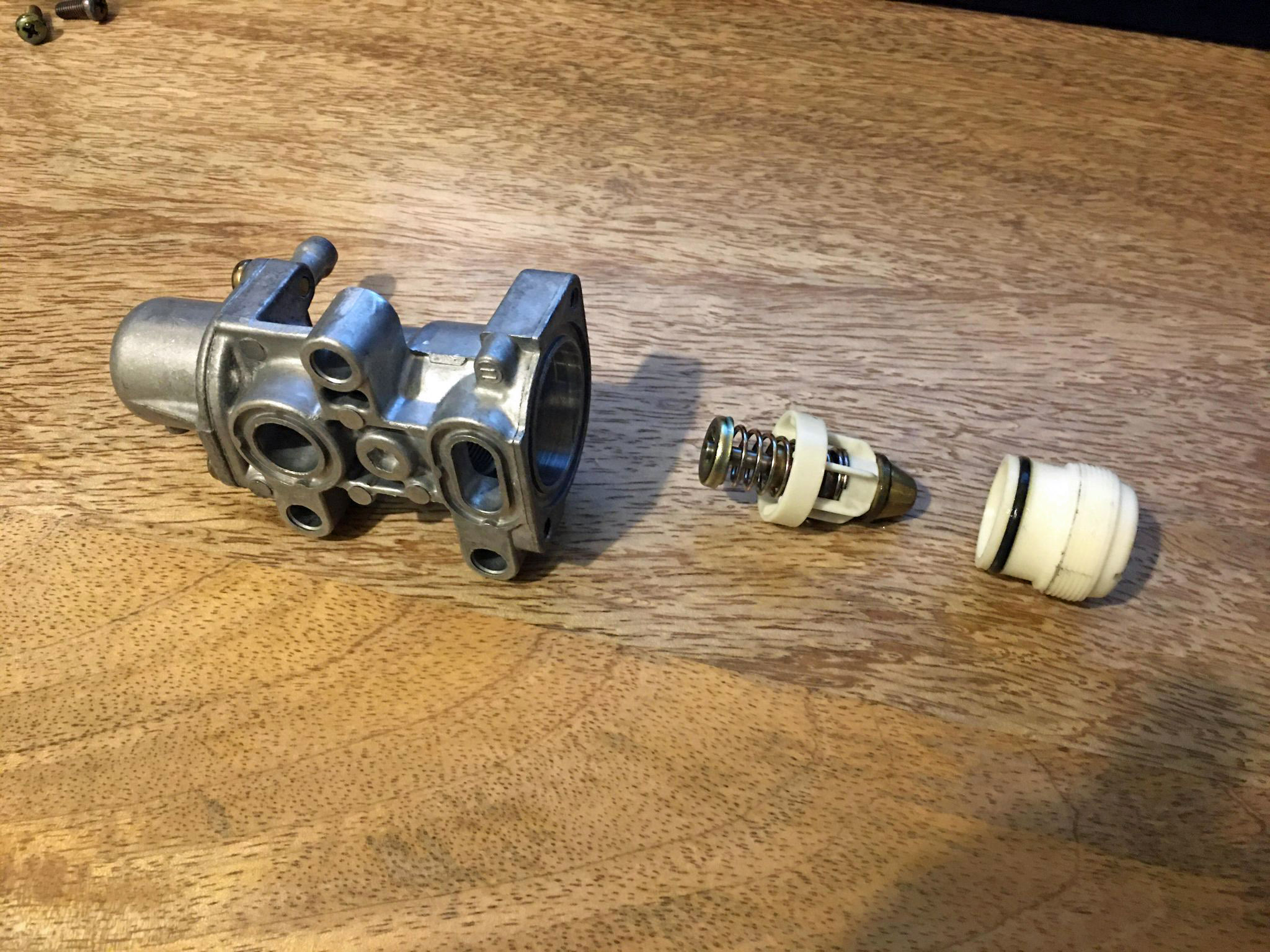 Here it is all taken apart, I'd recommend giving it a nice cleaning like I did with this one. An ultrasonic cleaner works amazing for this but a soak in hot soapy water or just brake cleaner would probably work too. Also replace the o-rings while you're at it, the one around the white piece is not available from Honda but you could probably find it elsewhere, and the other 3 are all available from any dealership.

To fully remove this valve you'll have to remove some coolant lines and then bleed the system, so if you're having issues I'd recommend just popping the cap off for a quick check before committing to that. It also helps to have some stoppers to put in the hoses so you don't dump too much coolant in the engine bay.

Hopefully this helps someone else.

Help - RPM drops really low then goes back to idle