Status
Not open for further replies.

Details
I purchased this vehicle in June of 2015 and immediately dropped it off with Eiffel Chin in Marietta Georgia for much-needed service. Eiffel had been recommended by numerous NSX owners and frequently referred to as the best NSX Tech in the South East United States.

I purchased the vehicle with ARK quad-tip exhaust already installed. The exhaust note was falling short of my desired sound so I again called on Eiffel. Comp Tech headers, Pride test pipes, and new O2 sensors were installed allowing the vehicle to breath much better and ARK exhaust provides a great sound which you will never get tired of hearing. The original manifolds will come with the vehicle but I don’t know who in their right mind would ever re-install them.

The engine hatch struts and trunk struts have been replaced. The original CD changer is still mounted in the trunk and the original tool kit is under the trunk mat. The original spare is under the hood and has never been inflated during my ownership. Engine Cover is not currently installed but I do have it and it's in good condition with the expected bald spots.

The factory resonator (feeding air into the air box) was missing so I installed a Downforce Intake Scoop from Science of speed.

The ABS pump does not work and is disconnected. The Traction control unit does work but I disconnected it as it gives a warning light due to the ABS not working. The performance of both those systems were nice in the early 90s but are garbage by today standards and not worth repair…in my opinion since I do not track the vehicle and the OEM brakes are sufficient for the amount of driving I do with the vehicle.

Prior to my purchase, I located two threads on NSX prime showing where the vehicle had previously been listed for sale many years prior (search by VIN number). One thread mentions the transmission being in snap ring range but states the case was replaced with one from Dali Racing. This owner also mentions adding aftermarket speakers and a NSX-R shifter. I did notice when replacing the driver side window regulator, the vehicle has had the original speakers removed and replaced with the MB quart speakers mentioned in the thread, however someone prior to me has removed the amp and sub. The MB quart speakers with cross overs are still wired inside the door and do work. I replaced the original antenna, since it did not telescope, with a short stubby one. My opinion, stock antenna looks like utter garbage extended and reminds me of a remote-control car or a CB whip style antenna. The stubby antenna looks great… however, provides terrible to no radio reception. I had sworn to try an S2000 antenna but honestly would rather listen to the engine and exhaust note, so I never bothered to address the sound system.

The previous owner only had receipts from his ownership but his receipts documented the following work:
OEM Clutch – May 2010
Master Cylinder & Slave Cylinder Oct 2009
Climate Control Unit Repaired August 2009

In November 2018 I replaced the lowering springs and OEM shocks with BC Racing Coilovers.

The wheels are Advan Model 5 in 17x8 +38 and 18x9+20 with Dunlop Direzza ZII Star Specs on them, sizes 235/40R17 in the front and 275/35R18 in the rear. Yes, the fronts do rub on occasion and especially anywhere near full lock. The fronts should be 215s but I haven’t gotten around to changing them since the vehicle is rarely driven. I did drive the vehicle on tail of the Dragon in April 2019 and the fronts did not rub near as much as I expected.

Considering the age of the vehicle, the paint still looks great. There are a couple areas on the black roof and B pillar where the clear coat is starting to go which is common on these vehicles. It has rock chips here and there and a scratch rear the antenna. The front and rear bumpers were repainted by one of the previous owners but the rest of the vehicle appears to be original paint. The vehicle has never been wrecked and shows no signs of unreported accidents, however the right rear bumper corner has cracking paint but would have to be pointed out to notice. The vehicle is never stored outside and sleeps in a clean and pristine garage under a red indoor car cover.

The interior is in great condition and the seats were refreshed March 2017, the bolsters are still tight and undamaged and the seats are firm and comfortable. The center OEM console was replaced, by a previous owner, with a carbon fiber center console which deletes the cigarette lighter and ash tray area.

I replaced the interior door and dome lights with LED bulbs. All tail lights and marker lights have been replaced with LED bulbs. The headlights are from GTR-lighting and a brilliant white which proved much better than the incandescent yellow.

The driver side window regulator was replaced and is still sluggish despite my best efforts. The windows certainly work better in the summer but sluggish windows are an issue with all NSX year models and was simply a poor design.

This has been the best “driver’s vehicle” I have ever owned. The thrill of carving up curvy roads is better experienced than my words could ever explain. I’ve been bitten by the GTR bug and want something newer and faster. I’ll regret the sale one day I’m sure, and will eventually find myself in another NSX. With that said I’m not interested in what you think the vehicle is worth and what you think the car “needs”. I’ve priced the vehicle where I feel it should sell and am not interested in unreasonable offers or unfunded buyers. I will consider trades but more interested in cash.

I am on the NSX Prime forum as GaNSX and on the Facebook Owners Group as Mercxus Warr. Email: [email protected] Cell: (770) ThreeOneFour-6598 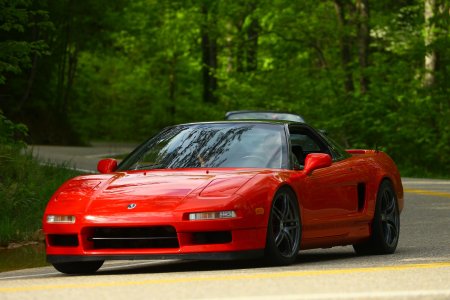 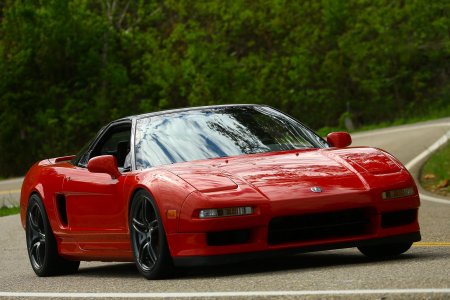 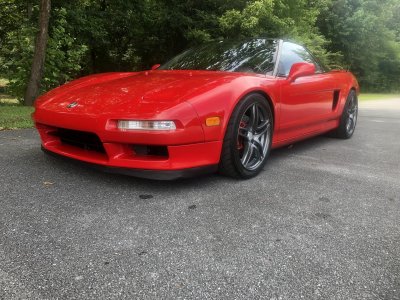 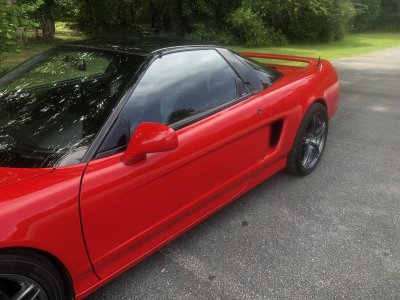 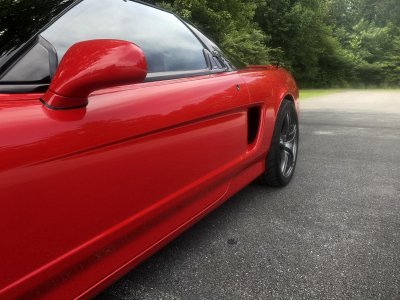 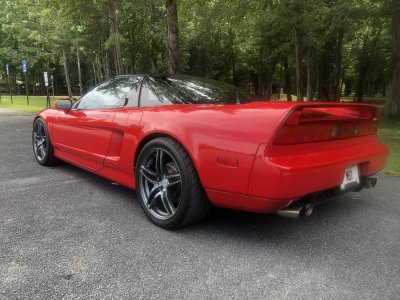 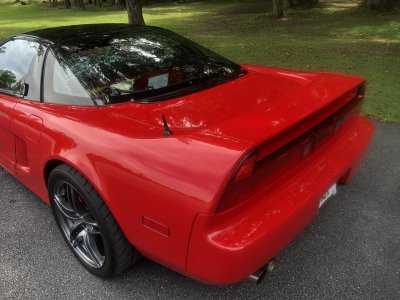 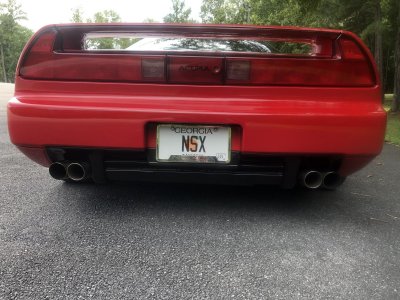 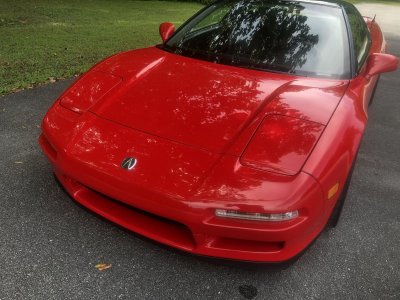 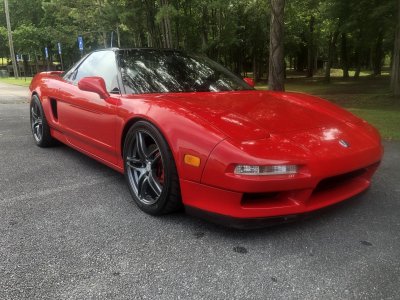 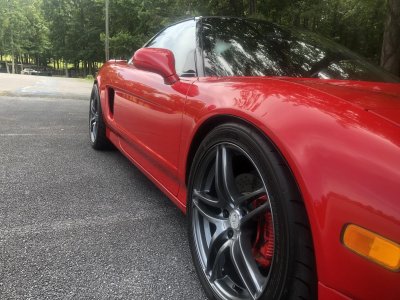 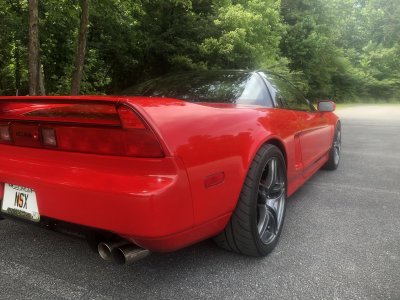 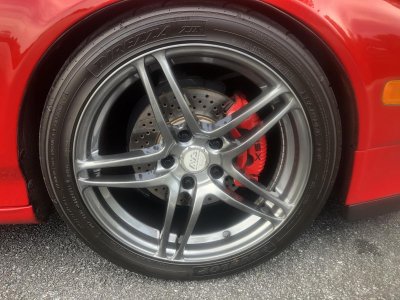 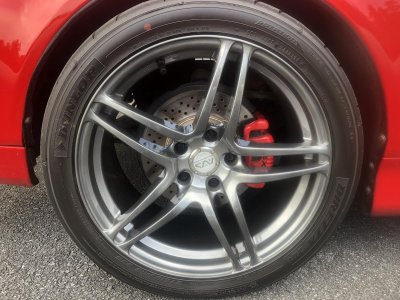 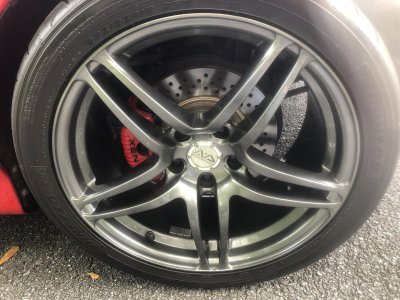 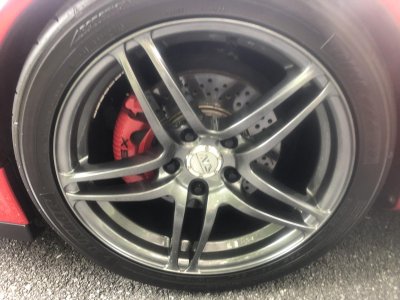 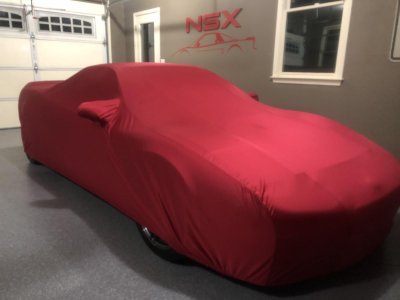 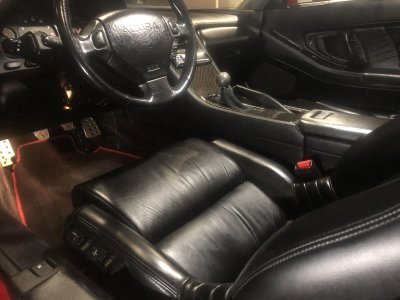 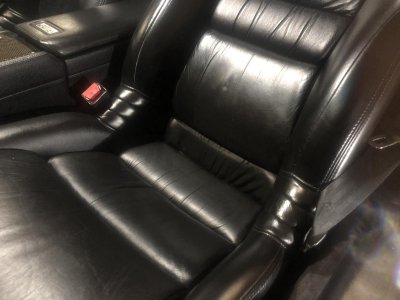 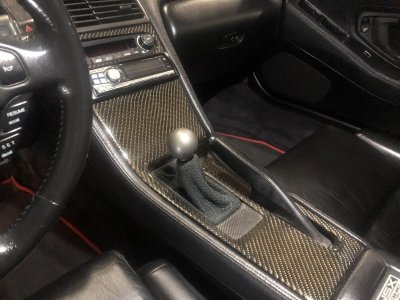 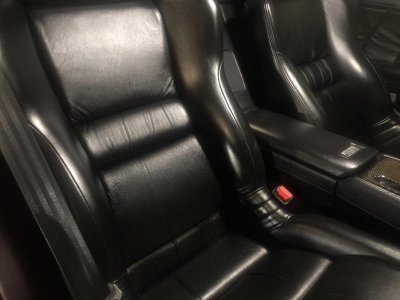 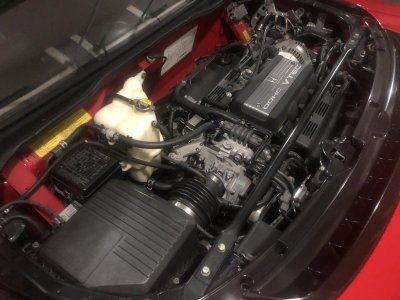 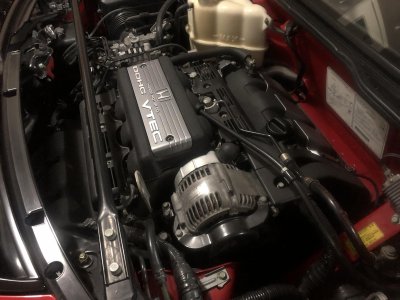 Vehicle has been Sold
1991 Formula Red

Status
Not open for further replies.