Maintenance Information
All maintenance up to or above standard done by owner.

Details
The rarest of the rare; the Midnight Pearl color makes this NSX one of only 23 in 95 and one of less than 36 for all years (according to NSX Wiki). It is hands down the classiest exotic color for the NSX. The color changes from blue to purple to black depending on the light and time of day.

Interior-
The interior has had some major upgrades.
The radio has been replaced with a 2005 model (silver buttons) and the climate controller replaced with one from member BrianK.
These are two of the areas where older NSX cars have trouble as the electronics age.

The car also comes with the rare factory security/keyless entry system. Although, truth be told, it's not that great. So a new keyless entry system was installed with remote trunk pop. Both systems are intact.
The car will come with two new remotes and one OEM remote. All of the original keys come with the car including the "titanium" key, valet key, extra driver's key, and all the remotes as mentioned.

The whole 02 conversion took a full 6 months to complete and previous owner wanted no rushing and complete control over the process. Every detail was reviewed and painstakingly researched to make sure everything was done top notch. All of the parts were ordered brand new and were a mix of OEM and Downforce products. He had been looking into these conversions for years and knew about the "correct" way to convert the car. Many people take shortcuts or use cheap parts as it's an expensive conversion. For example, he ordered brand new OEM complete headlights, this includes the OEM HID system and all parts hard wired into the car using OEM connectors. These parts were $5,000 alone. There are no obvious changes under the hood and the only cut you have to make for the HID motors is covered by Downforce carbon fiber inserts which match the Type-R air dam. He added clear front side markers and LED lights all the way around the card, both interior and exterior.

The hood on this car is special in that an incredible amount of time and money was spent to make sure the fit was perfect. In his last NSX he had tried multiple different aftermarket hoods only to find that none were perfect. He decided to use a custom Downforce hood modeled directly from an original NSX-R aluminum hood. He paid his bodyshop an extra $800 just to reshape all of the hood edges so they were literally perfect and comparable to an OEM fitment. This took two weeks and come out perfect! Notice the lines around the headlights...like I said, it had to be just right.

Underneath the car is a solid, flat aerodynamic surface free of damage and the Downforce NSX-R underside cover painted matte black. A carbon fober NSX-R radiator vent was added. The vent which is adapted for LHD is ideally designed for those with the NSX-R aerodynamic package and directs all of the cool air directly through the radiator and out the Downforce type-R hood.

The work was completed January 2012.

On the interior it has not only been kept in amazing shape by using only the best products, but enhanced by adding a OEM NAVPOD with screen connect to a HKS CAMP system which digitally displays your boost, fuel injector pulse, and a number of other sensors. It even has the uber rare NAVPOD bracket which keeps the unit held in place without drilling holes in the dash! There is aType-S shift knob, OEM and aftermarket floor mats, and brand new side scuff plates installed. Hopefully the pictures speak for themselves. The OEM radio was replaced with a new +02 radio (silver buttons) as well a new climate controller and sensor. All of these parts are known to wear out due to age so better to have them replaced while the car was getting work done. The interior is in outstanding shape to say the least.

The engine on this vehicle is so clean you could eat off the factory Acura install Comptech supercharger! The motor bay features the standard low-boost pully set up with the Comptech fuel system and ecu. There are also the Comptech strut tower brace, Comptech headers, and a Dali polished race edition exhaust installed. The only other modification is the addition of a K&N air filter and the Downforce side air intake kit for greater airflow to the engine. Also a Comptech engine cover is installed which allows storage of the removable roof/top (the factor one doesn't fit with a supercharger installed).

All work was performed by the best NSX mechanic in the Northwest (NSX Prime member/Factory master mechanic Morgan Peetz). Before it was owner by the prior owner, it was serviced by Nigel Motors in Orange County which is the premier NSX experts in the region. They installed a new Science of Speed sport clutch and lightweight flywheel just 10,000 miles ago. They also did a full inspection prior to the previous owner's purchase of the car and they didn't find even one issue.

The car is flat out perfect. If you're looking for the best, here it is. There is over $50,000 invested in this car and it is incredibly hard for me to sell this car.

Only 77,000 original miles. Includes all manuals, documents, and even all four factory keys (titanium, (2) regular ones, and the valet). Includes the OEM alarm remote and (2) new remotes. 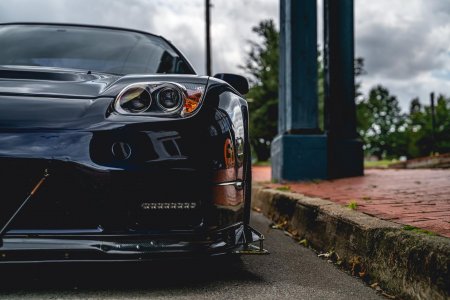 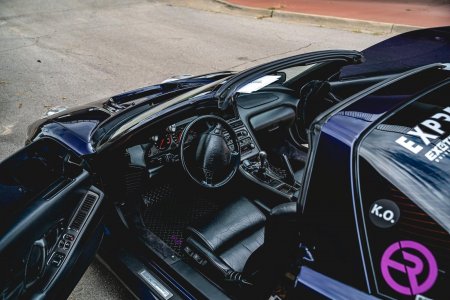 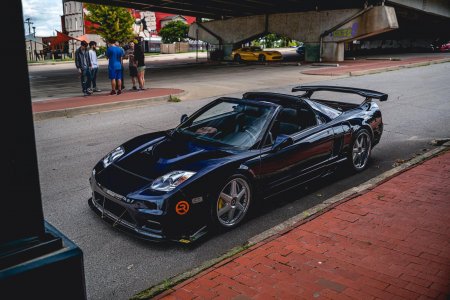 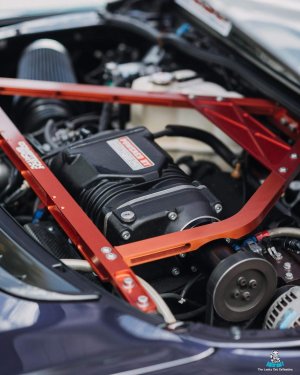 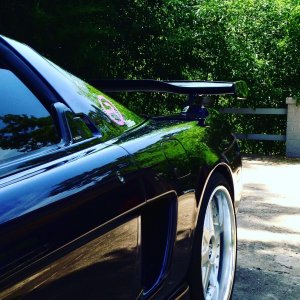