I would like to introduce myself to the community as I am new to the NSX world. I have been collecting Honda and Acura vehicles from the 80's-90's for several years, however waited until the time was finally right in my life to acquire the last car on my bucket list. To me, the NA NSX represents the peak of Honda engineering during a truly golden age of Japanese automotive design and engineering. The very first vintage Honda I purchased was actually the little brother to the NSX, a 1990 Honda Prelude Si. Like the NSX, the timeless design of the 3rd generation Prelude looks as good today as it did to me in the early 90's. That Prelude re-ignited my affection for these efficient, reliable, and beautifully designed cars that were built during the adolescent years of my life and they left a lasting impression. Growing up in the back yard of the big three automakers, my parents, relatives, and neighbors all owned countless Cavaliers, Monte Carlos, and Ford Taurus'. To me, Hondas and Acuras were as exotic as they were intelligent. I would spend afternoons poring over the pages of Car and Driver and think, "some day".

Throughout my time collecting older Honda/Acura cars, I have purchased numerous examples that have required full restorations as well as some examples that I was able to acquire in wonderful original condition. With each car, I have attempted to either maintain the originality as much as possible or restore the car to how it would have left the factory when new. Each of these examples however has a unique history, and so it was with Mr. Tuhy's NSX-T.

When this notice was forwarded to me by several members that I met over the past several months, I was struck by the kindness and compassion Frank demonstrated to both fellow NSX owners as well as with his involvement and dedication to children attending Camp Good Days. With a background in engineering, Frank maintained the car fastidiously on his own while also keeping incredibly meticulous records of each and every service he performed. After speaking with Bob by phone, I was convinced this was the car I had been looking for. I'm happy to say the car arrived here in Michigan almost two weeks ago, and has surpassed all of my expectations in terms of the mechanical condition of the car as well as the driving experience behind the wheel. The NSX truly lives up to the reputation as a driver's car, and I could not be more impressed. I can say without reservation that I am looking forward to continuing my stewardship of this wonderful NSX for many years to come.

A heartfelt Thank You to Jan, Bob, Jeff, Neal, Cindy, Raj, and Brian for helping make this dream a reality.
I look forward to meeting and communicating with the members of this wonderful community as well.

NSX9 said:
Welcome Brent to the NSX world!
That was a fantastic NSX Prime #1 post.
Click to expand...

Yes, congrats on what you correctly envision as your stewardship of arguably Honda's most iconic vehicle....which will take an honored place in your already impressive collection.

Congratulations Brent from another life long Honda driver. It is great to hear that Frank's NSX has gone to someone that will truly appreciate and watch over his treasured car. May it bring you many miles and smiles. :sentimental:

Brent, I'm glad it all worked out and very happy to have another Formula Red NSX here in MI. As I said to Bob and others, Frank's NSX will be in very good hands. Congratulations and drive in good health! We will pull something together in the near future to get the SE MI NSX gang together. See either PM or email to follow.

Thanks everyone for the kind wishes, as requested, a few pictures of the car and a few of the stablemates. 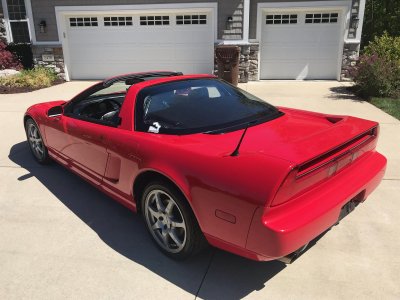 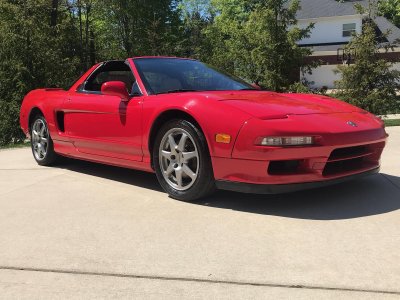 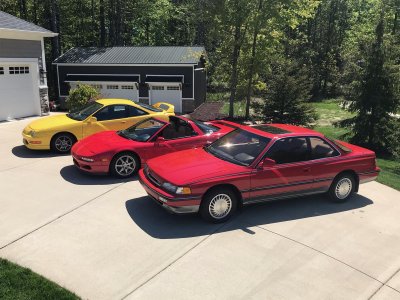 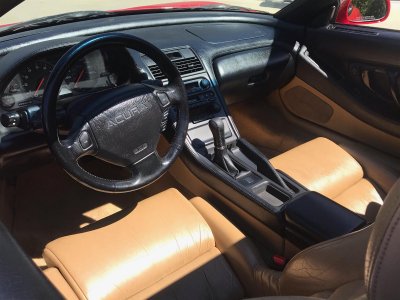 Welcome and congratulations on your purchase. That’s a nice line up!

1 more for the Michiganders!

Great story and welcome to NSX family . Frank would be very happy that his baby is in right hands.

Brent - Welcome to NSX ownership and to NSXPrime :smile::biggrin: Glad to have you aboard.

I love your legend coupe. That was my first Acura, and stable mate when I bought my NSX. I sold her about a year later when two red Acura’s seems excessive. I don’t regret selling it, but still miss it as a daily driver car.

Welcome to the family!

Beehive Restaurant 10/8 are you on Prime

May 12, 2022
simonasaur
Question about the future of the Type S?