LOS ANGELES (April 6) - Charlton Heston, who won the 1959 best actor Oscar as the chariot-racing "Ben-Hur" and portrayed Moses, Michelangelo, El Cid and other heroic figures in movie epics of the '50s and '60s, has died. He was 84.

The actor died Saturday night at his home in Beverly Hills with his wife Lydia at his side, family spokesman Bill Powers said.Powers declined to comment on the cause of death or provide further details.

"Charlton Heston was seen by the world as larger than life. He was known for his chiseled jaw, broad shoulders and resonating voice, and, of course, for the roles he played," Heston's family said in a statement. "No one could ask for a fuller life than his. No man could have given more to his family, to his profession, and to his country."

Heston revealed in 2002 that he had symptoms consistent with Alzheimer's disease, saying, "I must reconcile courage and surrender in equal measure."

With his large, muscular build, well-boned face and sonorous voice, Heston proved the ideal star during the period when Hollywood was filling movie screens with panoramas depicting the religious and historical past. "I have a face that belongs in another century," he often remarked.

Publicist Michael Levine, who represented Heston for about 20 years, said the actor's passing represented the end of an iconic era for cinema


"If Hollywood had a Mt. Rushmore, Heston's face would be on it," Levine said. "He was a heroic figure that I don't think exists to the same degree in Hollywood today."

The actor assumed the role of leader offscreen as well. He served as president of the Screen Actors Guild and chairman of the American Film Institute and marched in the civil rights movement of the 1950s. With age, he grew more conservative and campaigned for conservative candidates.

In June 1998, Heston was elected president of the National Rifle Association, for which he had posed for ads holding a rifle. He delivered a jab at then-President Clinton, saying, "America doesn't trust you with our 21-year-old daughters, and we sure, Lord, don't trust you with our guns."


Heston stepped down as NRA president in April 2003, telling members his five years in office were "quite a ride. ... I loved every minute of it."

Later that year, Heston was awarded the Presidential Medal of Freedom, the nation's highest civilian honor. "The largeness of character that comes across the screen has also been seen throughout his life," President Bush said at the time.

He engaged in a lengthy feud with liberal Ed Asner during the latter's tenure as president of the Screen Actors Guild. His latter-day activism almost overshadowed his achievements as an actor, which were considerable.

Heston lent his strong presence to some of the most acclaimed and successful films of the midcentury. "Ben-Hur" won 11 Academy Awards, tying it for the record with the more recent "Titanic" (1997) and "The Lord of the Rings: The Return of the King" (2003). Heston's other hits include: "The Ten Commandments," "El Cid," "55 Days at Peking," "Planet of the Apes" and "Earthquake."

He liked to the cite the number of historical figures he had portrayed:
Last edited: Apr 6, 2008

He was a fantastic actor. At least he enjoyed his life.
91 Nsx Formula Red/Black sold in Europe

RIP :frown: ...Need to add a pic from the movie Soylent Green. That was another good flick of his. :smile:
-Ed-
VBP Honda Fit - The Daily Driver
Formula Red NSX - The Garage/Weekend Queen
Some Kind of Dull Blue Honda CRV - The Newer Daily Driver & Snow Ride

NSXrunner said:
RIP :frown: ...Need to add a pic from the movie Soylent Green. That was another good flick of his. :smile:
Click to expand... 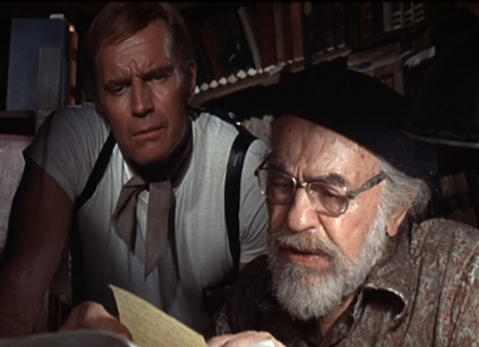 ...unexpected anomalies that become routine, a "normalization of deviance"... CAIB

Customer Service (or lack of) Question?

Just (re) introducing myself.